Why are kelp habitats so important to gray whales?

Whales face many natural and human-derived risks to their health throughout their lives. Here we describe four threats that gray whales face while feeding in Oregon waters: entanglement in fishing gear, vessel strike, elevated ocean noise, and changes to their habitat.

If you are ever lucky enough to watch a gray whale from a shoreside location along the Oregon coast, chances are that the whale is in, near, or heading toward a patch of kelp. Why is this? Kelp beds, and the rocky reefs on which they grow, are highly productive nearshore habitats that host a diverse community of animals, frequently including aggregations of mysid shrimp (a type of zooplankton), which is the number one prey item of gray whales in Oregon waters.

We conduct GoPro camera drops to spy on the underwater habitats gray whales feed in, and we commonly observe dense patches of mysid shrimp in reef habitats with lots of healthy kelp.

We believe that mysids associate with these kelp habitats because they are often rich in nutrients, and because the reef and kelp may be used as a type of defensive shield or hiding place from predators like gray whales.

The health and sustainability of kelp forests, like most ecosystems, depends on the right balance of plants and animals. The removal of just one species can disrupt the entire system through a “trophic cascade” that impacts many other species and can ultimately lead to an ecosystem shift. Several dramatic trophic cascades have occurred in kelp forests along the U.S. west coast.

In a healthy, balanced kelp forest, sea urchins typically feed on detrital plant matter, such as small pieces of kelp fronds that break off and settle on the seafloor. Sea urchins are in turn fed upon by sea otter and sea star predators that keep sea urchin populations in check. Without one or both of these predators in a kelp ecosystem, sea urchin populations can quickly increase. At a certain point, the amount of plant detrital matter in the ecosystem is no longer sufficient to sustain the expanding sea urchin population, at which point sea urchins begin to become more active. Rather than waiting in one spot for kelp bits to float their way, they will actively start to feed on kelp stalks. If left unchecked, a sea urchin population can decimate an entire kelp forest before roaming across the sea floor to find the next food source, forming an “urchin barren”.

Historically, sea otters were abundant along the Oregon coast. However, due to high human demand for their thick fur, sea otters were hunted to extinction on the Oregon coast by the late 19th century. Without sea otters in Oregon waters, sea urchin populations have been kept in check by their other main predator: the sunflower sea star. Unfortunately, a massive decline in sunflower sea star populations began in 2013 along the whole coast, which has resulted in dramatic increases in sea urchin populations and declines in kelp in some areas.

These are images from the same sampling station in Port Orford, Oregon two years apart. You can see the differences in both kelp health and urchins. 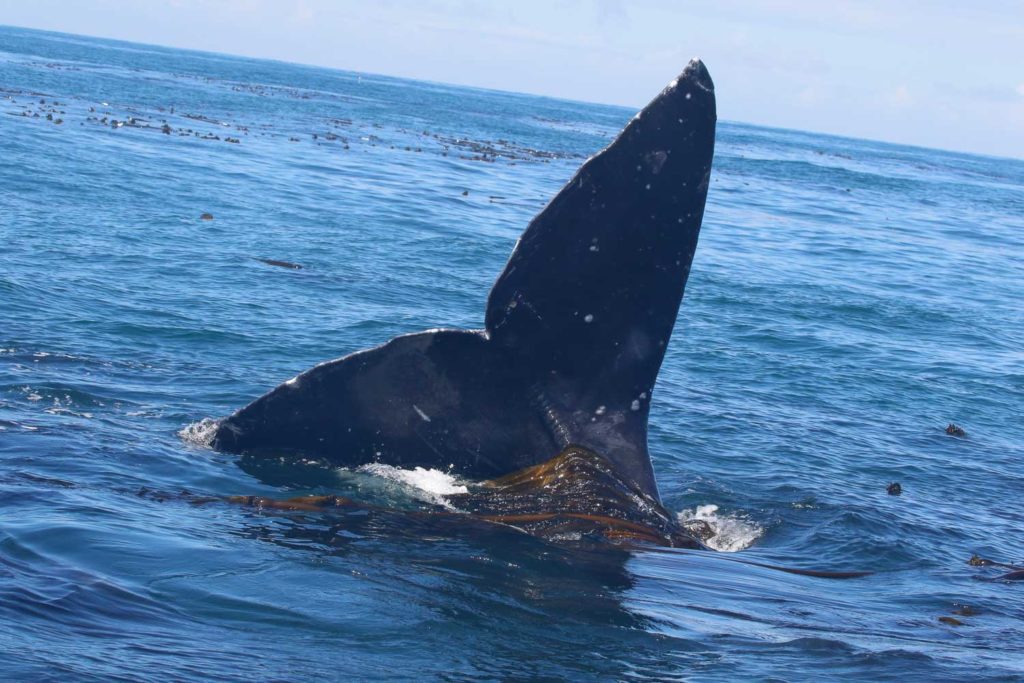 In response to these dramatic changes in kelp ecosystems along the Oregon coast, the Oregon Kelp Alliance (ORKA) has formed.

ORKA is composed of stakeholders with diverse interests in kelp forest ecosystems, including commercial urchin divers, researchers, managers, conservationists, tour guides, sport divers, chefs, and other community members that value healthy kelp forests. The GEMM Lab is working with Dr. Aaron Galloway at the Oregon Institute of Marine Biology to better understand the connections between urchin, kelp, zooplankton, and gray whales in Oregon coastal waters. This research will help ensure gray whales continue to frolic and feed successfully in the kelp beds along the Oregon coast.